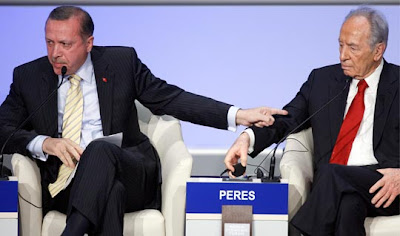 DAVOS, Jan 30 — Turkey's prime minister stalked off the stage at the World Economic Forum red-faced yesterday after reproaching Israel's president over the Gaza offensive by saying "You kill people."
The packed audience, which included President Barack Obama's close adviser Valerie Jarrett, appeared stunned as Turkish Prime Minister Recep Tayyip Erdogan and Israeli President Shimon Peres raised their voices and traded accusations.
Peres was passionate in his defence of Israel's three-week offensive against Hamas militants, launched in reaction to eight years of rocket fire aimed at Israeli territory. As he spoke, Peres often turned towards Erdogan, who in his remarks had criticised the Israeli blockade of Gaza, saying it was an "open air prison, isolated from the rest of the world" and referred to the Palestinian death toll of about 1,300, more than half of those civilians. Thirteen Israelis also died.
"Why did they fire rockets? There was no siege against Gaza," Peres said, his voice rising in emotion. "Why did they fight us, what did they want? There was never a day of starvation in Gaza."
The heated debate with Israel and Turkey at the centre was significant because of the key role Turkey has played as a moderator between Israel and Syria. Erdogan appeared to express a sense of disappointment when he recounted how he had met with the Israeli Prime Minister Ehud Olmert days before the offensive, and believed they were close to reaching terms for a face-to-face meeting with Syrian leaders.
Obama's new Mideast envoy, George Mitchell, will be in Turkey for talks on Sunday.
Erdogan was angry when a panel moderator cut off his remarks in response to an impassioned monologue by Peres defending Israel's offensive against the Hamas rulers of Gaza.
"I find it very sad that people applaud what you said," Erdogan said. "You killed people. And I think that it is very wrong."
The angry exchange followed an hour-long debate at the forum attended by world leaders in Davos. Erdogan tried to rebut Peres as the discussion was ending, asking the moderator, Washington Post columnist David Ignatius, to let him speak once more.
"Only a minute," Ignatius replied.
"Mr Peres, you are older than me. Your voice is too loud," Erdogan told Peres, saying his emotion belied a guilty conscience.
"You kill people," Erdogan told the 85-year-old Israeli leader. "I remember the children who died on beaches. I remember two former prime ministers who said they felt very happy when they were able to enter Palestine on tanks."
When Erdogan was asked to stop, he angrily stalked off, leaving fellow panellists UN Secretary-General Ban-Ki moon and Arab League Secretary Amr Moussa.
"When it comes to killing, you know it too well," the Turkish leader said.
When the moderator tried to cut short Erdogan's remarks, saying it was past time to adjourn for dinner, he answered in frustration, "Don't interrupt me. You are not allowing me to speak."
He then said: "I will not come to Davos again."
Ultimately, Erdogan stressed he left not because of a dispute with Peres but because he was not given time to respond to the Israeli leader's remarks. Erdogan also complained that Peres had 25 minutes while he was only given 12 minutes.
"I did not target at all in any way the Israeli people, President Peres, or the Jewish people," Erdogan told a news conference afterwards.
"I am a prime minister, a leader who has specifically expressly stated that anti-Semitism is a crime against humanity," he said.
Peres and Erdogan raised their voices — highly unusual at the elite gathering of corporate and world leaders, which is usually marked by polite dialogue.
Moussa, a former Egyptian foreign minister, said Erdogan's action was understandable.
"Mr Erdogan said what he wanted to say and then he left. That's all. He was right." Of Israel, he said, "they don't listen."
Erdogan brushed past reporters outside the hall. His wife appeared upset. "All Peres said was a lie. It was unacceptable," she said, eyes glistening.
"I have known Shimon Peres for many years and I also know Erdogan. I have never seen Shimon Peres so passionate as he was today. I think he felt Israel was being attacked by so many in the international community. He felt isolated," said former Norwegian Prime Minister Kjell Magne Bondevik.
"I was very sad that Erdogan left. This was an expression of how difficult this situation is."
Earlier yesterday, Israeli election front-runner Benjamin Netanyahu told another session that keeping nuclear weapons out of Iran's hands was more important than the economy because the financial meltdown is reversible.
"What is not reversible is the acquisition of nuclear weapons by a fanatic radical regime ... We have never had, since the dawn of the nuclear age, nuclear weapons in the hands of such a fanatical regime," said Netanyahu, who is seeking to return to the Israeli prime minister's office.
Iran maintains that it is seeking nuclear power for peaceful purposes and not for a weapons programme.
An Iranian official in Davos appeared to extend a hand to the Obama administration as discussion broadened to include Iran, oil and what might be expected from the new leaders in Washington.
Foreign Minister Manouchehr Mottaki said Tehran would take a "cooperative approach" with the US as long as it saw changes that go beyond words.
"We do believe that if the new administration of the United States, as Mr Obama says, is going to change its policies not in saying but practice, they will find in the region a cooperative approach and reaction," Mottaki said.
Obama has stressed the importance of engaging Iran, a country the Bush administration often singled out as the most dangerous in the Middle East. — AP
Posted by -- at 3:01 PM No comments: 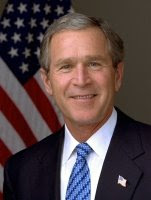 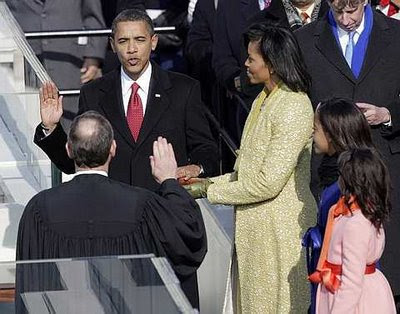 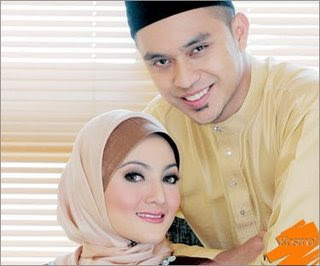 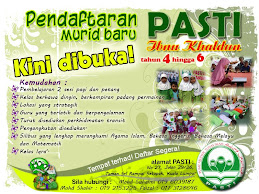 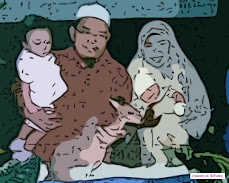